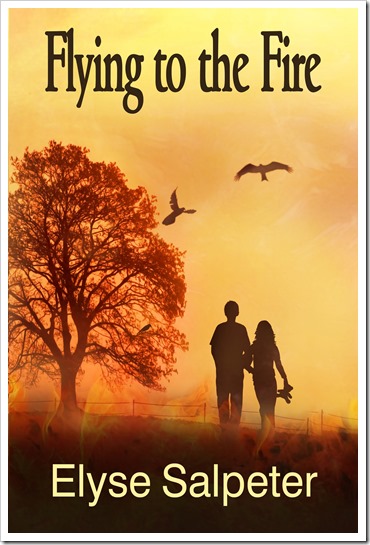 Elyse Salpeter’s newest release is finally out and it sounds like a fascinating read. Second in The Flying series, Flying to the Fire is a young adult, metaphysical suspense novel that follows the story of Danny, a deaf teenage with a special power: he knows what happens after a person die. On a personal note, I think the covers in this series are visually compelling, and they alone would have made me click to read more.

Flying to the Fire: Book #2 in the Flying Series

An evil black mass has burst through Danny Anderson’s nightmares to attack him in broad daylight. If it weren’t for his birds, he would have died. Danny soon realizes that this monster is not coming for him, but for his little sister, Katie…because while he looks up to a place of light and peace, Katie looks down into realms of darkness and cruelty. Time is running out. The monster grows stronger with each attempt to steal Katie away to these dark dimensions, forcing Danny into the fight of his life to save his sister–before she is lost to him forever.

Elyse, who is the author of seven novels and a host of short stories, likes mixing “the real with the fantastic” in her books. She loves taking different scenarios and creating worlds where things just aren’t what they appear to be.

Her New Adult Dark Fantasy Series, The World of Karow and The Ruby Amulet take us to other realms filled with magic and evil. Her contemporary adult thriller, The Hunt for Xanadu is about a young girl on a mission to avenge her parents, murdered in their quest to find the mystical land of Xanadu.

When she’s not writing, she’s cooking, working out, running after her twins and eating shock food in her Gastronaut Club. Please come on over and learn more about her at her webpage.

Flying to the Light: Book #1 in the Flying Series 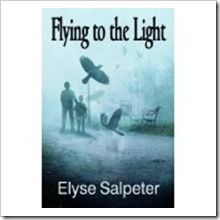 Seventeen year old Michael Anderson and his deaf kid brother, Danny, find themselves in mortal danger after their parents are kidnapped. Michael discovers Danny has a special gift—he knows what happens after a person dies—and now others want to know too. The brothers must outwit and outrun Samuel Herrington, a lethal biophysicist, the FBI, and even fellow Americans in a harrowing cross-country chase, because whoever gets to Danny first will have the power to rule the world.

If you want to keep in touch with Elyse:

Elyse Salpeter’s Flying to the Fire is out!