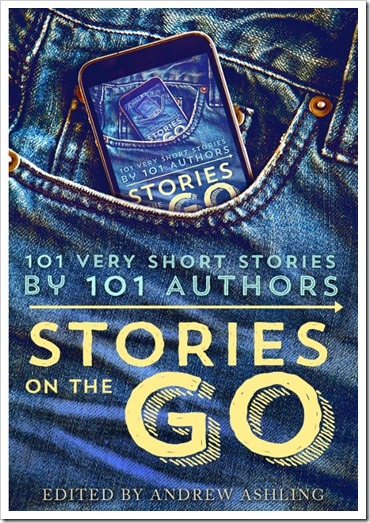 I lurk every day on several forums, but the one place where I spend most of the time I should otherwise engage in writing is the Writers’ Café on the KBoards. If you write, I strongly suggest you to visit the Writers’ Café and mingle. Even a social media-shy person like me feels welcome there, and the amount of information you’ll receive about the publishing craft is priceless. Maybe a year ago, Hugh Howey launched this crazy idea on Kboards asking indies to write a short and put together an anthology. By general consensus, it was decided the pieces should have been no longer than 1000 words. I wrote my flash fiction piece and asked friends to beta read it for me. I was quite pleased with my short, Eternal Bounds, a daunting love story narrated by a ghost. Meanwhile, the original post started by Hugh Howey had reached mammoth proportions, and the project was put in standby. Several months later, the thread was resurrected and Andrew Ashling offered to help publish the anthology. Stories on the Go: 101 very short stories by 101 Authors is the result. And it’s free because, true to its original inception, the anthology is meant to be a showcase of indies’ talents. So, please, grab a copy, talk about it, and leave a review for us.