To celebrate The Fifth Moon’s Wolf release I’ve invited my fellow partners in crime from the Bad Boy Alpha project to answer my 8 questions. Today is Ellis Leigh’s turn! Her riveting novel, Claiming His Prize, will leave you fanning and hoping for a nearby icy waterfall to dive in… 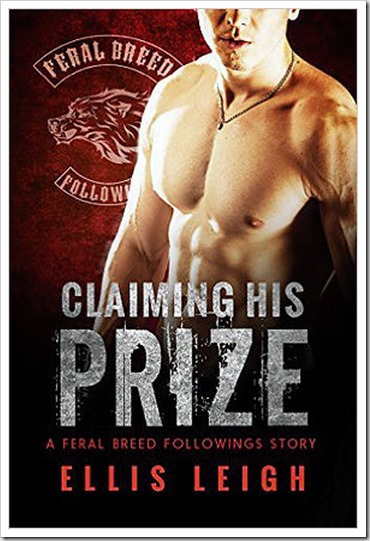 “Dragons don’t play well with others…

Dragon-shifter Piers has been fighting at The Pack House—an underground MMA-style fight ring for shifters—for months. He’s bested every opponent, won every prize, except the attention of the hot female doctor he can’t get off his mind.

Doctor Jane patches up shifters to keep her father safe, a fate not of her choosing. She’d be okay with her lot in life if it weren’t for the handsome dragon shifter with the charming smile she can’t stop thinking about.

When another dragon claims Jane as his mate, Piers will have to fight to the death to save her from a fate she didn’t choose. But the biggest obstacle in his way isn’t the fire-breathing dragon set on claiming what isn’t his, but the doctor herself who might choose duty over everything else. Maybe even him.

Scales will fly, hisses will sound, and dragons will take to the sky, but only one will end up with the ultimate prize: love.”

When you were a kid you wanted to be…?
Ellis: A veterinarian. I was that kid who constantly brought strays home with her. “But Mom, he’s starving” was a mantra of sorts. I’m still that way though my husband doesn’t let me get away with bringing random animals home with me. Just a dog…and some fish. I’m working on another dog since mine passed away a few months back.

The first book you read was…?
Ellis: Oh gosh, I have no clue. Children are made readers on the laps of their parents, and that saying was true for me. My parents both read to me and my dad always bought us books. Probably the ones that stick out in my memory the most are Autumn Street by Lois Lowry and Misty of Chincoteague by Marguerite Henry. True story: I took a trip to Chincoteague in 1998 to see the ponies because of that book. Is sob like a baby if someone made me go to Autumn Street.

You discovered you were quite good at writing when…?
Ellis: When I wrote a fanfiction piece that garnered over a million reads in three years. Seeing those numbers pushed me to try writing original fiction.

As a reader, your favorite genre is…?

Ellis: Romance of course! Women’s fiction and chick-lit would come next. Then, oddly enough, horror.

Ellis: Because they’re hot. In fiction, having a guy be all rough and demanding is intriguing to me. In real life, I’d probably tell him to keep walking because I tend to like control a bit too much. But man, when a strong, confident man jumps off the pages at me? Yeah. That’s amazing.

The praise about your writing you like the most is…?
Ellis: About my heroines. When readers call out the strength of the women I write. When they see the theme of consent and choice running through books dealing with fate and destiny. I dig that. Those are women after my own heart.