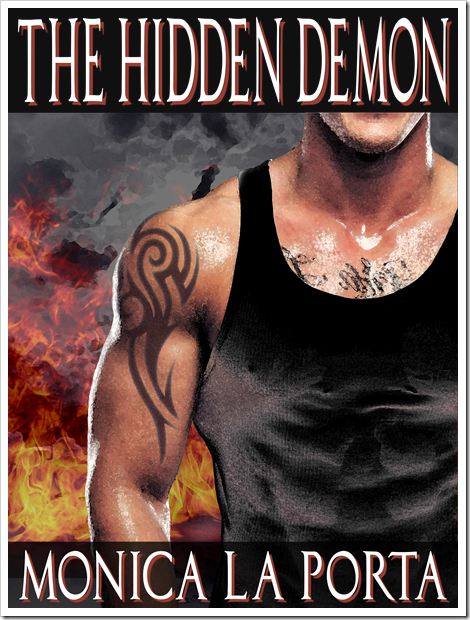 The Hidden Demon, book #4 in The Immortals, is available for preorders on both Amazon and Smashwords. As per my previous releases in this series, I will price it at 99 cents only at launch. It is my way of thanking my loyal readers who never cease to amaze me with their kindness.

A pariah among paranormals, Peter can touch the dead and read their last thoughts. Once an angel, now a demon, he is only tolerated by most because of his gift. Cursed with the power of influencing every woman or man he touches, Peter has lost any hope to experience true intimacy and companionship.
Headstrong and sensual as only werewolves can be, Ophelia is desperately in love with her best friend, Samuel, who is in love with someone else. In the middle of her personal crisis, Rome is taken by storm by the latest archeology discovery, and as a forensic anthropologist, Ophelia is called to shed some light on the remains of a young couple embraced for eternity.
Peter is sent to the site to help identify the dead. Amidst Roman villas’ ruins and a mystery that has lasted for two millennia, he meets the striking werewolf, and Ophelia’s exotic beauty and sharp tongue pique his interest immediately.
Ophelia, too, is affected by Peter’s magnetism. Despite her heart belonging to someone else, Ophelia feels a pull toward Peter at first sight. An attraction that only grows stronger despite her doubts.
Unfortunately, what has started like any other reading for Peter soon becomes a nightmare in which real enemies from several factions want him and Ophelia dead rather than let them discover the truth.
Will they survive a manhunt the likes of which Rome has never seen? But most of all, will Peter and Ophelia remain unscathed by the fire of their burning passion?

The Hidden Demon is out for preorders!

I’m pleased to announce that the third title in The Immortals series, The Broken Angel, is out. Slightly later than my planned release date, but finally available wherever books are sold. I worked on this story throughout the summer and I had to rewrite the whole ending because I felt there was something missing. But the comments from my ARC’s reviewers so far are overwhelmingly positive, so I guess that waiting to release was the right call.

Just a few snippets from the reviews left so far on Goodreads for Samuel’s story:

“Monica La Porta you deserve a standing ovation for The Broken Angel. Your writing is brilliant and soul consuming…” S.I.

“Amazing! I really admire Monica La Porta for creating books such as this one. It is a Paranormal but she managed to include sensitive topics that were very common in our society such as marital abuse, rape and abuse of power.” R.

“I recommend it for everyone especially those of you that love paranormal. As for my rating of this outstanding book, I give it a rating of 25 out of 5 stars.” D.S.

“In my review of The Immortal Greek, I asked myself if Monica La Porta could pull the rabbit out of the hat again. I was convinced she would….She has not let me down…” L.C.

“Utterly fantastic story! I absolutely loved Samuel’s and Martina’s story. I couldn’t put this book down. It held me captivated from page one.” A.M.

And this is one of the promo images I created for The Broken Angel’s release.