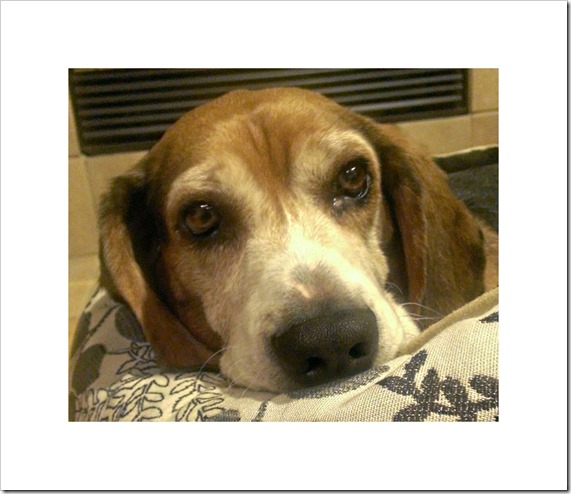 When I think Nero has finished surprising me, he proves me wrong. As I mentioned at the end of my last post, a few nights ago, after eating my supper, I went upstairs to work on some editing. I was happily committing mass-murdering of the “thats” disseminated in one of my oldest manuscript—a project I’ve been writing and rewriting for the best part of the last four years—when I heard soft whining and crying. Wondering what’s Nero’s done now, I left my desk only to find him halfway through the stairs, still whining despite his mouth is full. Half baguette is still visible. I didn’t even bother to reprehend him. It was my fault after all. I should’ve removed the baguette from the table. It doesn’t matter it was lying at the very center of said table. Nero knows how to lower the tablecloth to bring food closer to his reach. Anyway, after dancing a little bit on the stairs, we went downstairs and still whining he tapped on the French door leading to the backyard. I opened the door for him and waited to see what he was up to. Normally, when he steals food from the garbage can he likes to go out to eat it. It was cold and he kept whining so I told him he could get inside and have his way with that piece of bread. Again, I should’ve known better. While looking at me with his big, liquid eyes, he squatted and pooped, baguette firmly secured between his teeth. Yes, nature called and he couldn’t let go of the baguette, so he went looking for me to have the door opened. Otherwise, I would’ve only discovered the baguette-napping by the mangled bread wrapping on the kitchen floor. Somehow, the whole experience must’ve been traumatizing because, for the first time ever, Nero didn’t eat the fruit of his bounty right away. He came back inside, went to his couch, gently laid the bread down and played with it for a while. The next morning, after a night of sleep, he went back to the couch and snatched the baguette with a vengeance, commanded to have the door opened, and then proceeded to finish what he had started the night before. Like a boss. On the same spot he had pooped. I guess he wanted to teach the baguette a lesson.

She made me do it 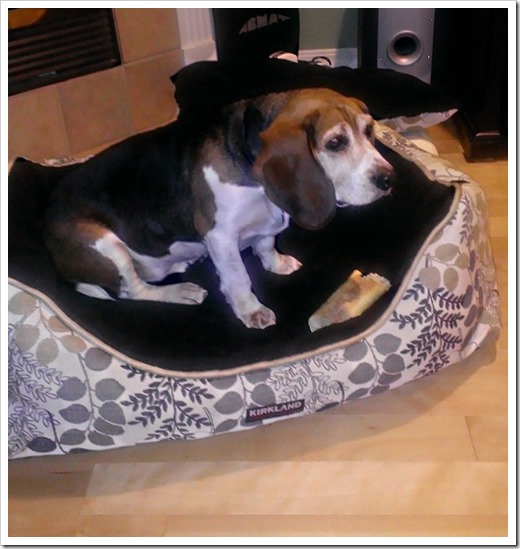 Nero vs. Nature Calls: the baguette wins, although temporarily