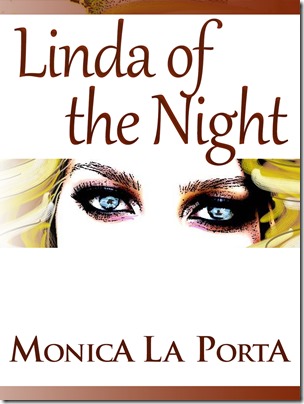 Blessed be Skype and the abundance of technology that makes possible for people living thousands of miles apart to work on a project as if they were in the same room. Three days ago, I didn’t have a finished cover for Linda of the Night, my short that went live only a few hours ago. Linda was a long time in the making project, but only recently I decided to send it to Amy Eye, my editor, to have it polished for publishing. Last Friday, I contacted my cover artist, Alessandro Fiorini. I had already sent him some material to work on, but working by email can be frustrating. Especially when the person you are corresponding with is nine hours ahead of you. Three days ago, we connected through Skype and Alessandro shared his desktop with me so I could watch as he worked on the final version of the cover. I was able to give immediate input and cut considerably the waste of time between steps. In less than one hour, we finished the cover.

From picture to final product:

Everything started as my weekly exercise in practicing patience:  aka working with Painter. I received the software as a gift for Christmas and I still struggle with it.  Monday, I decided to play with one of my daughter’s pictures. 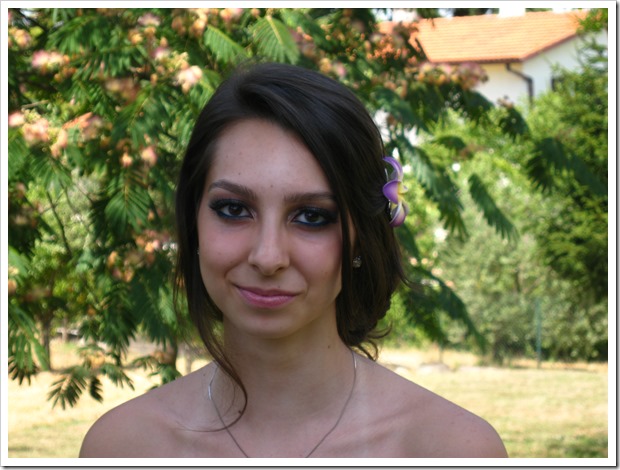 First, I gave the picture a dreamier look with Paint.Net by altering the balance of the luminosity. I probably tinkered with it some more, but I can’t remember all the steps I took. 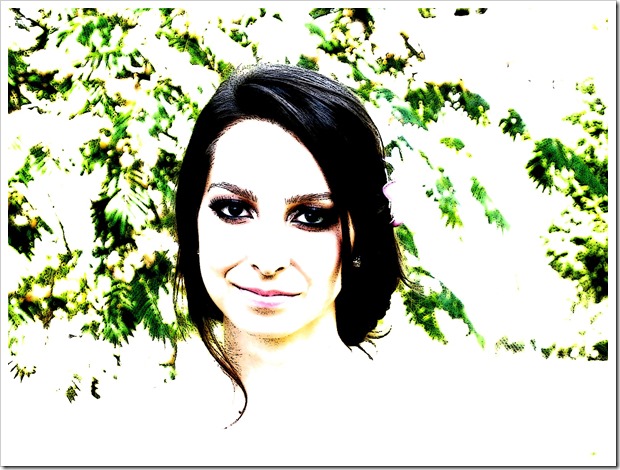 Then, I used the altered image as a canvas and painted on it with Painter. I used a mix of oil colors and airbrushes. 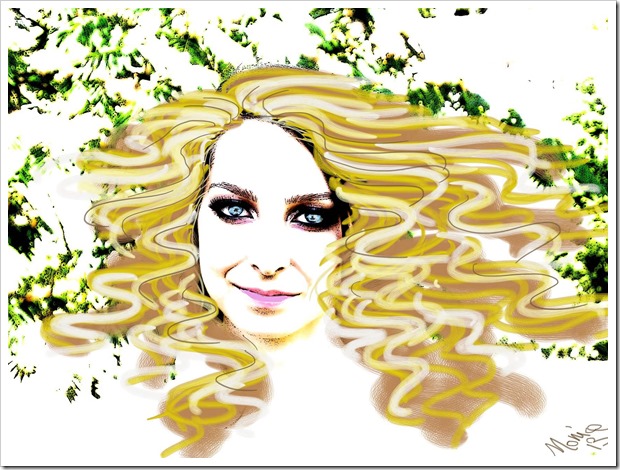 I went back to Paint.Net, applied the ink sketch filter, and then tinted the whole background in a flesh tone I picked from the image. 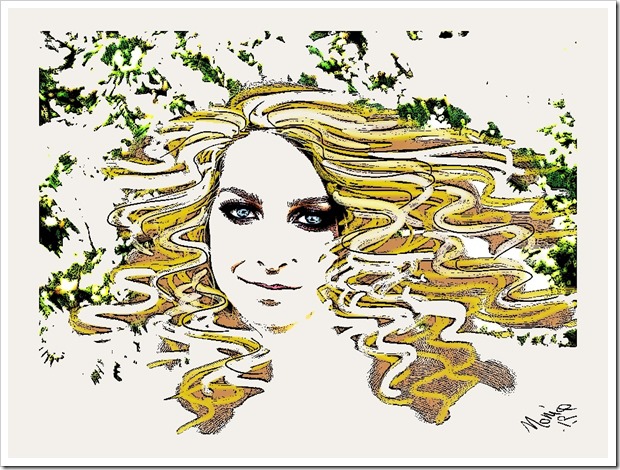 Having a sudden inspiration, I cropped the eyes to make them stand out. 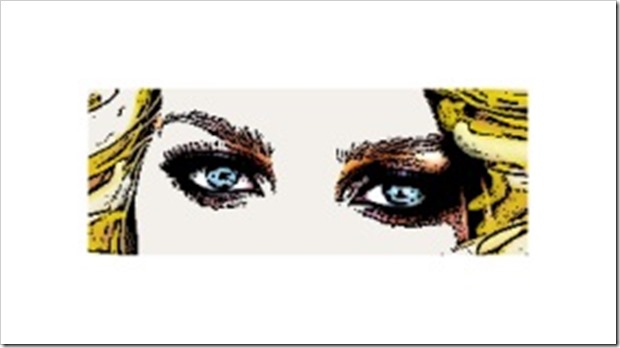 Knowing that Alessandro is quite busy, instead of sending him several emails explaining what I had in mind for the cover, I worked on my idea with Paint.Net and sent him examples instead. 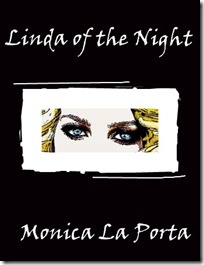 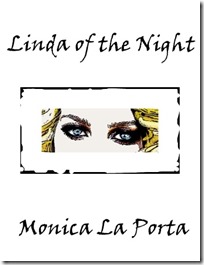 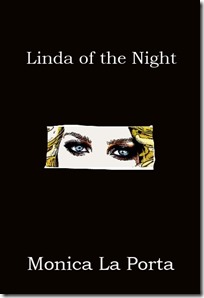 Finally, on Tuesday, early afternoon in Redmond and late at night in Marsciano, Alessandro and I started working on the final stages of the cover. The following images were all created by Alessandro in one fruitful Skype session. The whole process lasted the whole of one hour. Not bad, ah? 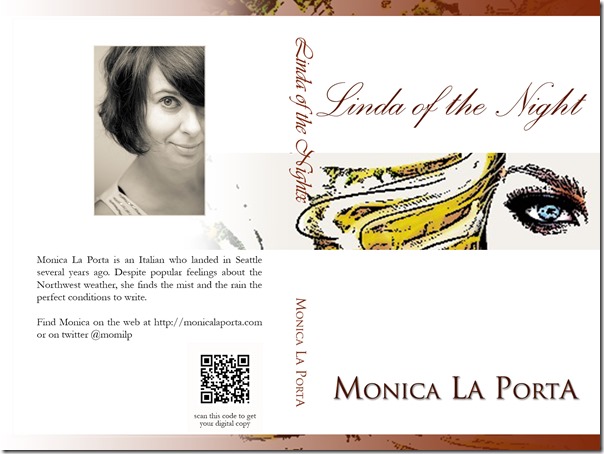 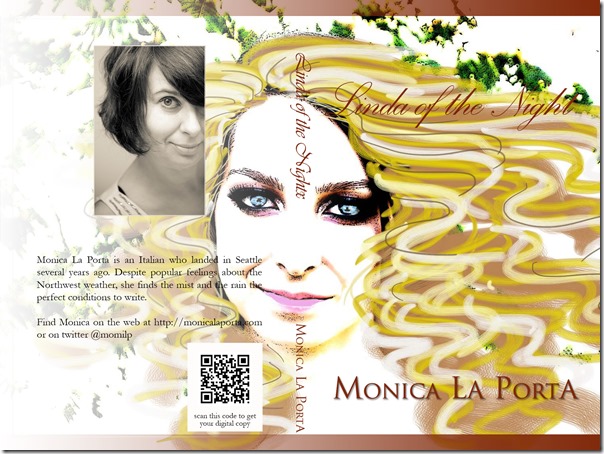 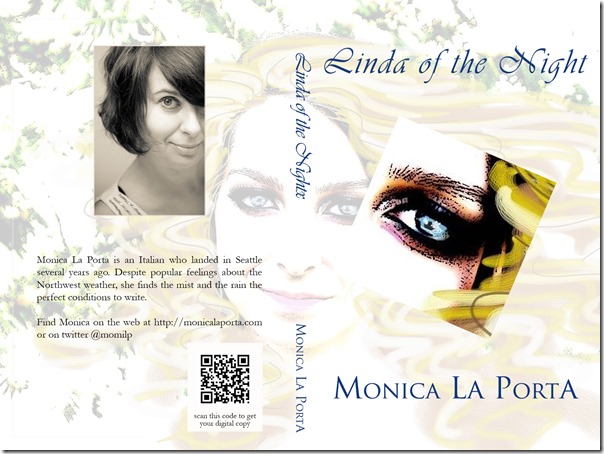 You already know my final pick 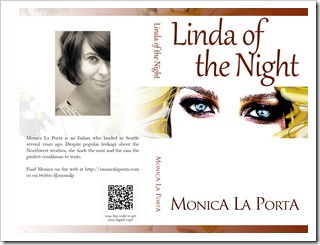 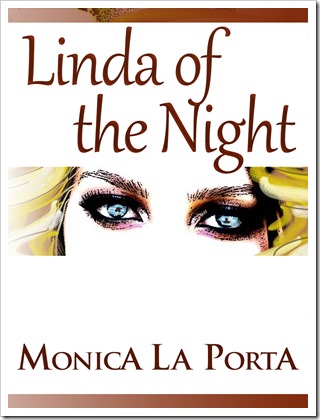 Linda of the Night, genesis of a cover for a short story