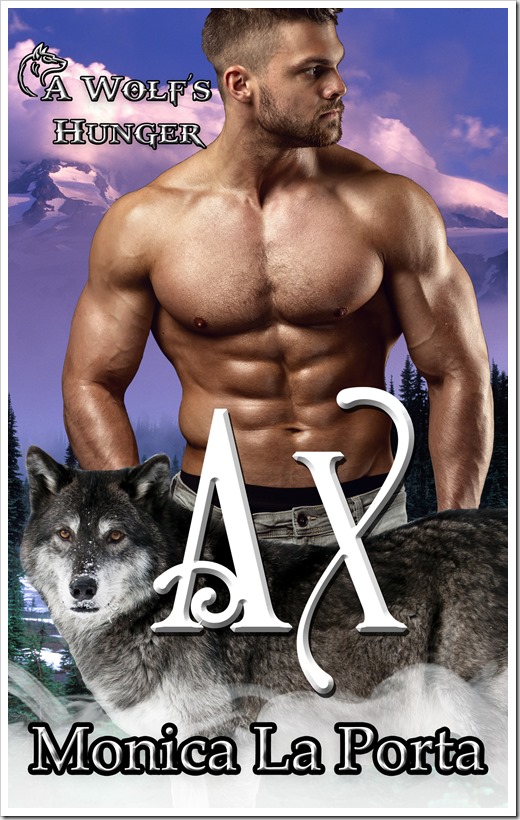 A Wolf’s Hunger: It can’t be stopped
Axelrod McKenzie left the Seattle’s Wolf Pack ten years ago, swearing never to return. The sudden death of his adoptive father and alpha of the pack forces Ax to go back on his word.
Suddenly plagued by a gnawing hunger that consumes him from within, Ax must confront his inner demons and his half-brother, Kendall; a brother Ax resents because by pack laws Kendall will inherit the alpha seat vacated by their father.
Little does Ax know that his life is going to get way worse before it gets any better. But the moment he has a glimpse of Aimee, Kendall’s fiancée, Ax’s life is forever changed by the revelation that the she-wolf is his fated soulmate.
Passions run high as the three of them must come to terms with their fates. Will love triumph over a family feud that has lasted for decades?

Click here for a sneak peek of Ax’s first chapter