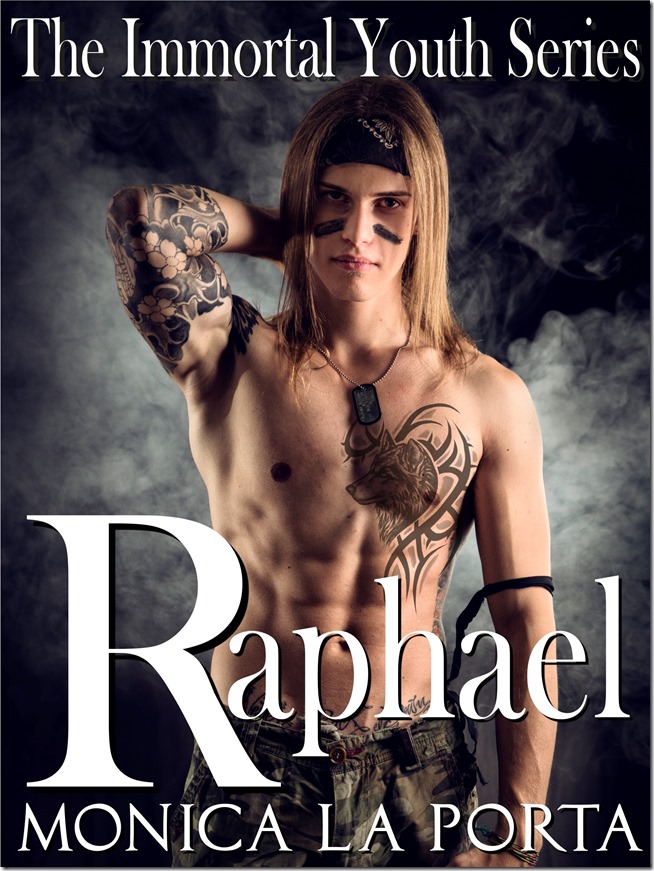 Raphael, the first book in The Immortal Youth series—a YA spin-off from The Immortals—is finally out. The first reviews from my ARC’s readers are so far positive, and I’m glad that people seem to connect with Raphael: a young werewolf deeply damaged in the soul and yet inherently good. Writing a story that treated a topic like abuse both physical and psychological wasn’t easy. In fact, it took me sixty days longer than I had planned, but I’m happy with how the book turned out.

Raphael has nowhere to go, nobody who loves him, and his past has scarred him deeply. A young werewolf on the run, living rough in the catacombs beneath Rome and with nothing else to call his own but his freedom, he desperately tries to elude the Controller whose goal is to send him back to Renegade Youth Shelter and a life of torments.
As he lives day by day with the constant threat of being captured, his future looks dark and lonely.
That is until a chance meeting with Luisa; a werewolf like him whose scent marks her as his one true soul-mate. Much to his despair, their encounter is cut short as he flees from the enforcer chasing after him.
His heart broken and his wolf bereft, Raphael will sacrifice everything to be reunited with Luisa. Even his freedom when he discovers she’s been abducted by a street gang. But, will it be enough?