To celebrate the release of the horror/paranormal anthology Off the Beaten Path: Eight Tales of the Paranormal, we, the co-authors of this exciting project, are having both a giveaway and a blog tour.  I am pleased to have several of my fellow anthologists visiting my blog this week, and they have all agreed to answer a few questions about them. Without further ado, here is my first guest: Debra R. Johnson, the author of the horror novel,  After – Part One (The Phoenix Curse). 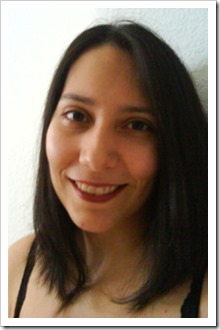 Ever since the long ago angsty days of horrible high school poetry and prose, Debra has dreamed of becoming a published author.

She found out that dreams do not have the power alone to achieve goals, that ideas in your head are simply ideas in your head, and no one is going to come along and ask you about your ideas. They’re going to ask you about the work you’ve already done, the books you’ve already written. They’ll want the proof that you believe in your dream, that you believe in yourself.

It wasn’t until Debra moved to Grand Prairie, TX, did she start to remember her dreams. Finally, at the age of 36 she challenged herself to write a complete book, never actually believing she could finish it.

Five months later, and the first draft was complete.

During the publishing process, she was excited and knew she would probably cry once everything was done. No one warned her she might throw-up. Also, it was not just simplistic tears of picturesque joy. It was ugly, puffy faced, red-eyed crying with snot. Lots of snot. It was gross.

Warning: Achieving your dreams can sometimes be messy.

After – Part One (The Phoenix Curse) blurb:

The world is no longer safe, no longer thriving. It has been inherited by the diseased.
The red mist spread and humanity was infected. There was no stopping the curse once it started and the world’s population was reduced to mindless beasts. Creatures that hungered and raged for the taste of pure, uninfected flesh.
Few of those remain.
Ali is not one of them.

And now my questions:

1) The first horror book you read was…?

I don’t exactly remember which horror book I picked up first, but it had to be one of Stephen King’s books. My favorite were Pet Cemetery and It.
I remember being alone in my room when I was reading Pet Cemetery and I had to stop because it was just getting way too creepy for me.

2) You discovered you were quite good at writing horror/paranormal/urban fantasy when…?

I get a lot of inspiration from my dreams and some of those can have some off the wall plots that I don’t think I could come up with awake. It makes for some unusual stories and I just try to tap into that whenever I can.

3) As a reader, your favorite horror book is…?

It really does stand the test of time for me. I read this way back when I was still a teenager and there are some scenes that stand out in my mind still today.

Even though I love me some good paranormal stories, that generally isn’t what scares me. As a secular thinker, I fear home invasions, fires during the nighttime and… uh… tornadoes  I grew up in Oklahoma, so my most common recurring nightmares are of tornadoes.

I like to write about different worlds, or what our world would be after an apocalypse. Whether it be based in paranormal, fantasy or dystopia, I really like to explore the recesses of my imagination that lead me beyond the normal and everyday life that we all know.

There are just so many possibilities. My second installment in The Phoenix Curse is releasing at the end of October, so that will free me up for NaNoWriMo. I have so many stories ideas backed up, I might just have to drop them all in a hat and see what I pull out!

Remember, for the chance to win awesome gifts, enter the Off the Beaten Path Giveaway