The High Lord of Solaria, Dragon Sol has recently returned to his planet to marry his two promised brides, but instead of savoring the pleasures of his wedding night, he finds himself fighting an enigmatic assassin sent to kill him.
A skilled mercenary, Jade belongs to the Assassin Academy and lives for the thrill of the chase, but her latest mission goes awry since the moment she throws that first arrow at her intended target.
Dragon proves to be Jade’s worthiest opponent yet, and what starts as any other mission becomes so much more, reversing the roles of hunter and prey. Before either of them can stop the inevitable, a deep connection takes roots until their hearts and not their lives are at stakes.

The First Moon’s Dragon, first book in the second Fifth Moon’s Tales trilogy series will be published in the box set Creatures, alongside 21 more novels, and it’s available for preorder for only 99 cents. 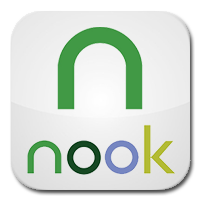 Dragons are my favorite mythical creatures. When I was a kid, I spent long hours imagining what it would be like to own a pet dragon and fly over the clouds, looking at the world from above. I’ve read countless books about dragons, and I never seem to have enough of those stories. From fantasy to steamy paranormal, if there is a dragon, I will read it. There is a sense of freedom I experience any time I find a good dragon novel that leaves me at peace with the world. The sheer power, and at the same time grace and elegance, of such creature when combined with a shifter is an explosive union, and it gives an author plenty of opportunities to write an epic story. When I introduced Dragon Sol in the Fifth Moon’s Tales, all I wanted was a badass sidekick for my werewolf, but Dragon’s character grew sentence by sentence, acquiring all the traits typical of its namesake: loyalty, strength, charm, wittiness. Soon, I couldn’t deny him the story he demanded any longer, and I finally gave in and started writing The Fifth Moon’s Dragon. In the process, I realized that I’ve never truly forgotten my dream as a child. I still want a pet dragon, especially if he comes in the shape of a hunk shape shifter.

Monica La Porta is the Author of The Fifth Moon’s Dragon. You can find out more about Monica here!

The High Lord of Solaria, Dragon Sol has recently returned to his planet to marry his two promised brides, but instead of savoring the pleasures of his wedding night, he finds himself fighting an enigmatic assassin sent to kill him.
A skilled mercenary, Jade belongs to the Assassin Academy and lives for the thrill of the chase, but her latest mission goes awry since the moment she throws that first arrow at her intended target.
Dragon proves to be Jade’s worthiest opponent yet, and what starts as any other mission becomes so much more, reversing the roles of hunter and prey. Before either of them can stop the inevitable, a deep connection takes roots until their hearts and not their lives are at stakes. 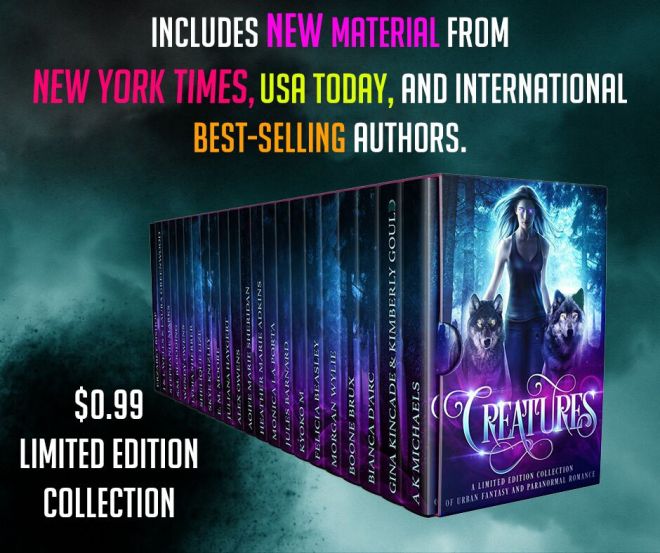 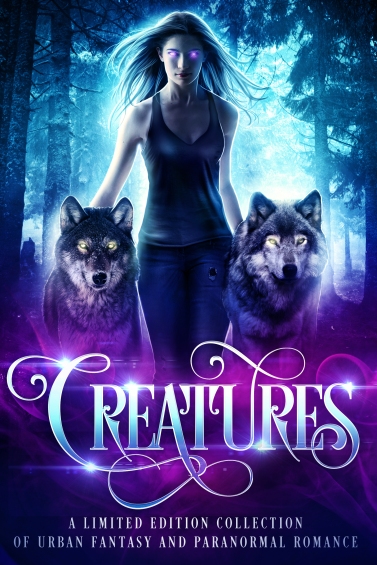 A long time in the making, but I’m finally able to reveal the cover for the box set I am in: Creatures. For this project, I wrote The Fifth Moon’s Dragon, the first book in the brand-new exciting trilogy set in the distant future in a far away galaxy. You have already read Valentine and Mirella’s story, not it’s time for Dragon and Jade to shine.

And now, a few words about this box set:

CREATURES is a collection of otherworldly tales from today’s indie-favorite New York Times, USA Today, and International bestselling authors!
You are about to enter the realm of Creatures, a boxed set packed with more than twenty enthralling tales of urban fantasy and paranormal romance! From witches to vampires, shifters to fae, and every dark creature known to lurk the pages of fantasy fiction, you’re sure to find yourself up past your bedtime and reading well into the witching hour!

So curl up on your sofa with a steaming cup of tea and PreOrder today if you dare brave the beasts!

You can buy your copy here: 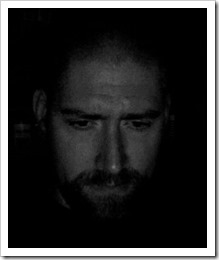 awesome indies. Let’s meet and greet another one of the aforementioned awesome seven:

Jason T. Graves is the creative mind behind the horror anthology Off the Beaten Path: Eight Tales of the Paranormal.

This is what he has to say about himself:

Jason T. Graves lives in North Carolina with his family and a menagerie of small, domestic animals. He takes his coffee black, and, when he is not conducting mysterious, mad-scientist experiments with his students, he writes mysterious and beautiful fiction.

Many years ago, he was punched, only once and very lightly, by Muhammad Ali.

Jason, whose blog has an awesome name, is the author of several paranormal and urban fantasy novels.

Vampires aren’t real… right? If they were, Madeline and Marissa Owen would certainly be suspects: bone-white and night-loving—with a proclivity for super-rare steaks—the identical twins are poster-girls for the undead.
As if looking like teen-aged vampires didn’t cause enough drama, trouble erupts into their lives following a disastrous street fight and a brush with the law by Madeline’s sister. The girls are forced to move from the diverse city of Austin, Texas to the quaint township of Tobyhanna, Pennsylvania—a move clearly designed to bore the aggressive, MMA fighter Marissa into an early grave. However, their new lives prove to be anything but boring, as a series of shocking upheavals, unearthed lies, and outright dangers keep them thinking… and running for their lives. Ancient books, coded manuscripts, and evil enemies emerge, challenging the unique skills and inner-strengths of the girls—but can even all of this chaos prepare them for the arrival of real vampires?
Facing threats from multiple quarters, the girls must rely on each other to keep ahead of the rising storm … or be swept away by it.

Vampires are real, as Marissa is delighted to discover, until she finds that drinking blood isn’t all it’s cracked up to be. And so it goes … Madeline uncovers new mysteries and makes new friends, while Marissa makes a mess of her life and doesn’t stop to wonder what’s going wrong. Two “normal” teenage identical twin girls are learning of and coming to terms with their destiny, their powers and their calling.

On the Bridge: the Complete Gretchen Thyrd Novella

Gretchen Thyrd stands on the threshold: of adulthood, of independence, of love, of madness…
Gretchen is definitely not an average teenage girl. A free-spirited orphan with two foster moms, she spends many of her days rescuing and nurturing injured birds and animals, including some that are a bit otherworldly. Her pleasant life is turned upside down when a friendly ‘tree spirit’ faces a life-threatening crisis–a crisis that requires a potentially sacrificial commitment from Gretchen. Soon afterwards, she is visited by a mysterious and seriously ugly childman and three bone-white and beautiful vampire wannabes decked out in black leather and deadly attitude.
Whom should she trust? As the net of their conflicting interests constricts around her, she is unexpectedly plucked from their grasp by a man whose intentions may be the darkest of them all. In the end, she finds herself running from everything she has ever known, into an uncertain future, bearing the fate of her beloved ‘tree spirit,’ as well as her own survival, by the thinnest of threads.

For a chance to win awesome gifts, enter the Off the Beaten Path Giveaway 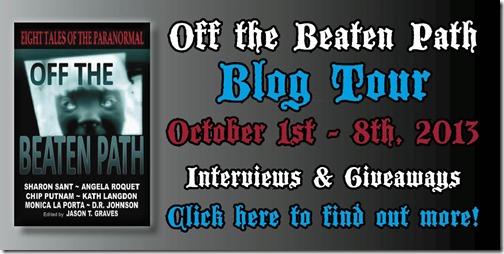 Before the summer, Jason T. Graves asked several indie authors if they were interested in collaborating to a horror/paranormal anthology. I was one of the lucky indies who were asked and having never written in those two genres, I immediately said yes. Fast forward a few months later and Off the Beaten Path: Eight Tales of the Paranormal was published.

Beside yours truly, who had serious fun writing a paranormal short, these are the intrepid writers who co-authored the anthology:

Sharon Sant, author of Sky Song and The New Moon
Angela Roquet, author of the Lana Harvey series and Crazy Ex-Ghoulfriend
D. R. Johnson, author of The Phoenix Curse saga
Jason Graves, author of On the Bridge, Blood Roses, and Morning Stars
Chip Putnam, author of The Reason Why Grandmothers Should Not Be Allowed To Read Vampire Novels and Prairie Zombies

To win Amazon gift cards and books, try your luck and enter the Off the Beaten Path Giveaway!