Sandro is starting to work on Pax’s cover, but he still has some energy to play around with The Priest’s. 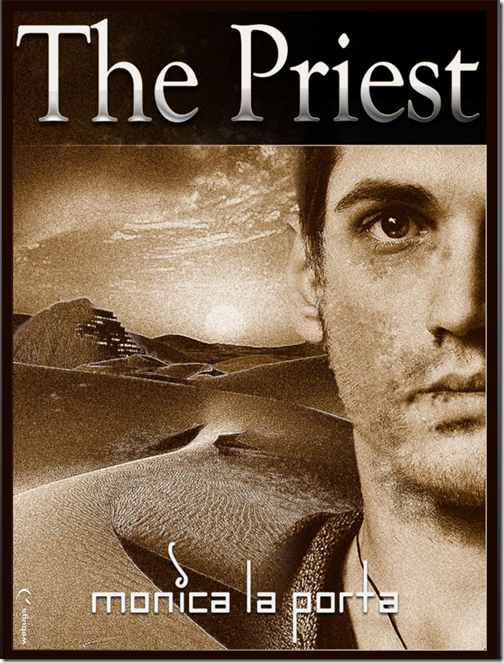 Sandro fixed few little details out of place (a white spot under Mauricio’s ear, and a juxtaposition line on his neck), and I asked for the sun on the horizon. Roberto doesn’t like the sun centered, he prefers it by the side. Maybe behind the City of Men?

Different font for the title

My final requests are: Sun centered by the side, my name bigger, and the shadow under the title. And then, that’s it!