The pic says it all, I think. 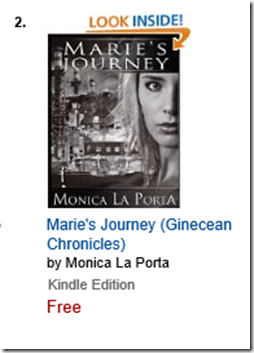 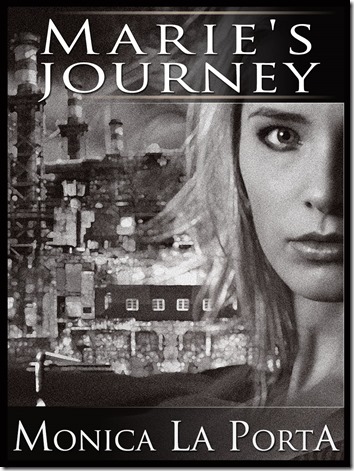 Starting today, Marie’s Journey will be free until Wednesday, January 29th. Marie’s Journey is my latest release and in need of reviews, so I decided to use the free-days option KDP offers. At the moment, my first YA novel is sitting at:

If anything exciting happens, I’ll share with the blogosphere. 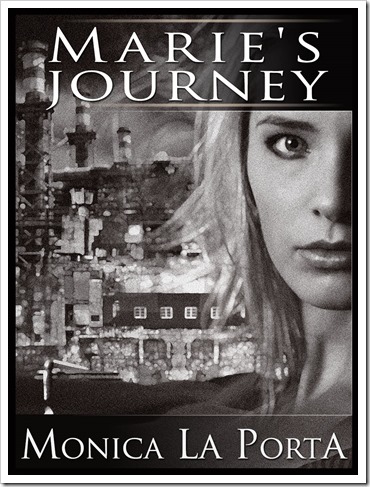 Marie’s Journey, the fourth title in The Ginecean Chronicles, and my first young adult story, is officially out. Although I announced it the day it was published, life and other accidents got in the way of proper celebration. Usually, the holidays remind us of our loved ones who don’t walk on Earth anymore, but during those festive days I also lost a dear friend. I wasn’t in the mood to give my latest title the spotlight it deserved, and I let it gather dust for almost two weeks. Meanwhile, and despite my lack of enthusiasm, one copy was sold in Germany, and one in the USA. Today, I was reminded that publishing a book is never a solitary effort, and the people involved in its process should be properly acknowledged. Therefore, I wish to thank my awesome team, because without them my painstakingly written words would have never become a published novel. So, here they are: Amy Eye, my editor; Cassie Kelley McCown, my proofreader; Alessandro Fiorini, my cover artist; and Roberto Ruggeri, my strongest supporter, knight in software armor, and formatter. Grazie mille.

Marie’s Journey, the fourth book in The Ginecean Chronicles, and my first young adult title, is out.

The core of this novel was written during Nanowrimo 2012, and since then it has changed title several times. The original idea was to depict what happened between the last two chapters in The Priest, but the character of Marie, a young fathered woman, demanded a different story. So, while I was writing this book, titles changed to reflect the overall atmosphere of the novel. The City of Men became Journey to the City of Men, and finally I surrendered to the evidence that I was never going to center Marie’s story around the City of Men’s wars, and I decided that the best title would be Marie’s Journey.

I know a new cover is normally revealed before a book is published, but I tend to do things unconventionally—like supposedly stirring the coffee the other way around—my husband actually called a poll on facebook to prove I was the only one doing that. I must admit that after the results were in, I was among the few… But that’s not the point of this post. The point of this post is that I published Prince at War with a temporary cover and I’m happy to show off my cover artist Alessandro Fiorini’s beautiful job with the official one. Isn’t he great at what he does? 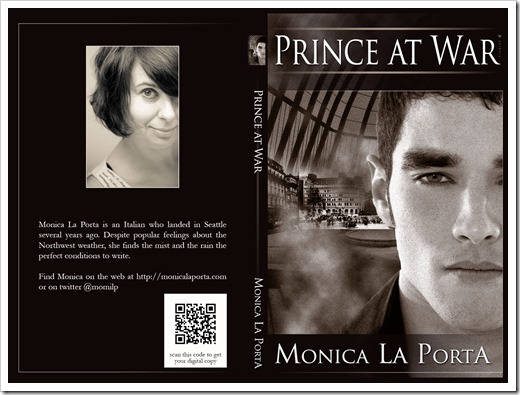 I’m happy to announce that a few minutes before midnight last night, my newest addition to The Ginecean Chronicles, Prince at War, was released into the Amazon Wild. Baby’s fine, although with a temporary cover.

The Priest is alive!  And, after so many rocks in its path, it’s hard to believe that this little book has found its way out of my pc. Two years ago, while I was writing Pax in the Land of Women, two characters popped to life. Mauricio and Rosie had a great story to tell, but there wasn’t any space in Pax for them. When Nanowrimo 2010 came along, I thought it was the perfect excuse to take some time off from Pax and write Mauricio’s tale of slavery and forbidden love. Now, a week after  pressing the publishing button, I finally can write about it. At first, I was too dazed to even think of anything coherent to say. Now, I still can’t muster anything smart, other than the fact that seeing my little creation out there it’s a rewarding feeling. Long and difficult process, but worth every moment of it.

Mauricio is a slave. Like any man born on Ginecea, he is but a number for the pure breed women who rule over him with cruel hands. Imprisoned inside the Temple since birth, Mauricio has never been outside, never felt the warmth of the sun on his skin. He lives a life devoid of hopes and desires. Then one day, he hears Rosie sing. He risks everything for one look at her and his life is changed, forever. An impossible friendship blossoms into affection deemed sinful and perverted in a society where the only rightful union is between women. Love is born where only hate has roots and leads Mauricio to uncover a truth that could destroy Ginecea.